Series Focus On Business Mistakes: Why Managing Money For Some Is Hard 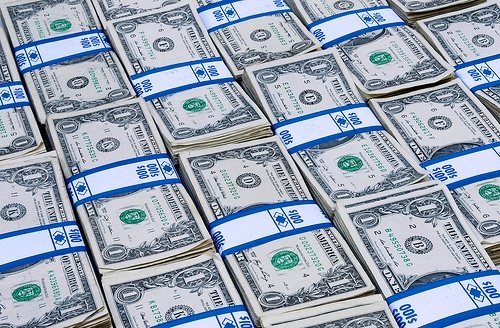 It’s a fine line between managing money and protecting your money. Some companies can grow so unpredictable that the cash flow that bring excitement at first can be a death flow in the end if not managed properly. Highlighted in this article are 3 different companies and their story about how it’s so easy to lose sight of your finances and begin that slippery slope into the red of your books!

Sounds great right? One problem: managing the growth took the owner’s eye off the finances. The company did not have a real accounting system in place and only one part-time accountant. “Incidental expenses–for gas, props, costumes, and copying playbills–were out of control, reaching as high as $8,000 a month in total.  The owner knew his finances were getting out of control but he was not in favor of “paying people too much money to watch our money,” he says, adding: “I didn’t want to spend $2,000 to save $1,000.”

In order to get back on track, the company ended up having their IT department install a cloud computing software to create their accounting system. Luckily, he had enough cash on hand for the investment of the software and saw his expenses come under control.

Caneum was an IT outsourcing company in California that was doing quite well on the books. They had several major clients and had good cash flow. Soon, however, the state of California denied a bill that caused one of their school sites that they supported to have budgetary issues. Things soon became problematic when another client started experiencing internal problems and caused an accounts receivable deficit close to $750,000. In 2008 the market crashed and accounts started drying up. Soon after, the company went bankrupt.

One of the board members commented that during operational years, this company kept reporting surging numbers even up to the final year of bankruptcy. How? “The quick answer is that when companies grow, they become more complex. When you have a handful of customers, tracking down payments is easy. As your client base grows, staying on top of accounts receivable becomes more time consuming. New customers may insist on paying in, say, 60 days, even though rent, payroll, and other bills are due in 30.”

This company was founded in 1991, selling printer and cartridge toners and eventually adding office machines to their offerings. In the beginning, the founder’s father, who was a corporate CFO, would review their financials over dinner. Soon the company’s earnings reached the $1 million dollar mark and quickly the partners agreed on a bookkeeper. However, their focus was spent entirely on growing the business. Once the business reached the $2.5 million mark, they were forced to scrutinize their financial picture.

“…only a small fraction of the hundreds of business owners…use a formal system to track and analyze company metrics. One reason for the resistance could be that many entrepreneurs who did just fine without data analysis in the early stages of businesses don’t see a need for it”.

“there comes a point in time when you can’t do it all in your head, when there are more balls in the air than you can juggle.”

You can see why these three examples illustrate why cash flow analysis is important. Take time to review your financial picture. Business growth does not necessarily equate to healthy cash flow. If you need further help with cash-flow analysis and business mistakes advice there are more resources today online than ever before.