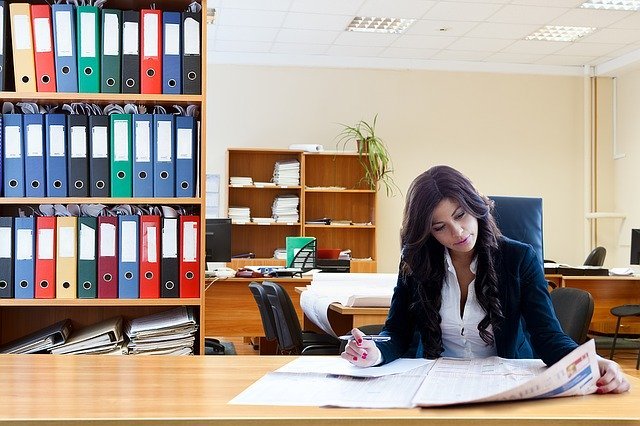 It’s not a secret that there is a significant lack of women leadership positions in almost every industry that exists. But that doesn’t mean women shouldn’t have the opportunity to participate more in those positions, allowing them to have a meaningful voice in larger companies.

In fact, the study on gender diversity by Marcus Noland, Tyler Moran, and Barbara Kotschwar for the Peterson Institute for International Economics, released earlier this year, shows a strong positive correlation between commerical success and the presence of women in corporate leadership that is worth paying attention to.

It’s hard to have a completely accurate study, without any marginal errors or misconstrued data, or to completely encapture the true performance boost a woman’s presence can have in a company — but there is a strong suggestion that having a woman in an executive position lends a hand to better performance. The best part is– the more women the better.

However, it’s not just women that bumps up performance, it’s diversity in general. When compared side-by-side, a single female CEO will not outperform her male counterpart, but a greater percentage of diversity of gender in leaderships positions throughout the organization will have a greater impact, the study found.

Parallel with the findings from the Peterson Institute study, the “Women on Boards” study performed by MSCI has discovered concrete data in determining the benefits of gender diversity.

“Companies in the MSCI World Index with strong female leadership generated a Return on Equity of 10.1% per year versus 7.4% for those without,“ the study says.

Agreeing with the Peterson Institute study in saying that a single woman CEO will not make or break the company, the study indeed suggests that at least three women are needed to make a significant impact on a company’s profits.

The study also refers to a handful of previous research done on the topic, which Business Insider was kind enough to summarize:

However, even with these game-changing findings, the presence of women as leaders in corportations is stagnantly low and the rate at which this is changing is rather sluggish.

MSCI has voiced that obtaining a 30% female representation in leadership roles is “attainable without imposing an undue burden on companies.” Boards are expected to reach this cap only by 2027, but there is hope that this date will be chipped down as the hammer of concious efforts of gender diversity strikes an imposing force on the rather outdated stigma of male-dominated corporate boards.

In fact, Sheryl Sandberg, the chief operating officer at Facebook, has voiced her own opinion on this matter in her usual compendious manner:

“Endless data show that diverse teams make better decisions,” she told USA Today in 2014. “We are building products that people with very diverse backgrounds use, and I think we all want our company makeup to reflect the makeup of the people who use our products.

That’s not true of any industry really, and we have a long way to go.”